Gunslinger Girl in Chrome with OffiDocs

Gunslinger Girl in Chrome with OffiDocs 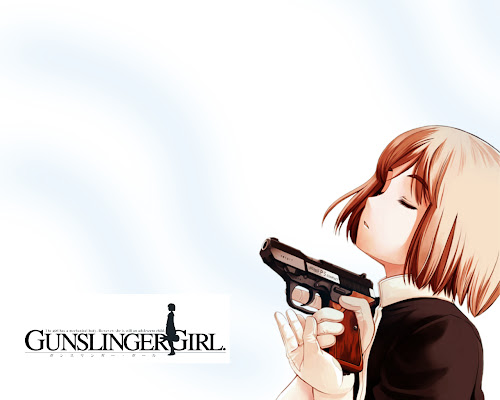 Set in Italy, Gunslinger Girl follows the exploits of the Social Welfare Agency (often referred to as simply "the Agency"), ostensibly a charitable institution sponsored by the Italian government.

While the Agency professes to aid the rehabilitation of the physically injured, it is actually a military organization specializing in counter-intelligence and counter-terrorism.

It is composed of two independent branches: Public Safety, its surveillance and intelligence-gathering division, and Special Ops, the anti-terrorist division.

Special Ops is itself divided into Sections 1 and 2, the latter of which employs young girls who have experienced traumatic and near-death experiences fitted with cybernetic implants as agents.

The implants, which consist of synthesized muscles and carbon fiber frames, result in heightened strength and reflexes as well as high resilience to damage and pain.

Each girl is paired with an adult male trainer, or "handler", and together they are referred to as a fratello ā€” Italian for "sibling".

The handler is responsible for the training, welfare and field performance of his charge, and is free to use whatever methods he considers suitable.

While these methods vary according to the handler, a common part of each girl's regimen is brainwashing called "conditioning", which produces a deadly assassin with unquestioning loyalty to her handler but, if used excessively, also limits her life span.

Each fratello exhibits a unique dynamic.

Most of the handlers have police or military backgrounds and were recruited directly into Section 2. Most also chose their own cyborgs from a list of candidates, though some appear to have been assigned a cyborg.

The Social Welfare Agency primarily concerns itself with dealing with the Padania Republic Faction (PRF or RF), an organization seeking an independent Northern Italy through acts of terrorism and bribery.

If the theme does not fit your screen adjust the zoom in Google Chrome settings.