Asteroids Attack in Chrome with OffiDocs

Asteroids Attack in Chrome with OffiDocs 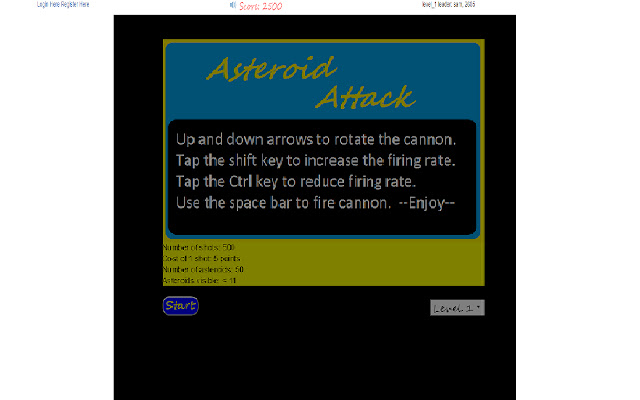 This Asteroids Attack game require the player to shoot approaching asteroids out of the night sky.

Thus, the player is challenged to be accurate and conservative in shooting.

Allowing too many asteroids to survive will bring the game to a premature end.

The player raises and lowers the cannon with the Up and Down arrow keys of the keyboard.

The space-bar is use for firing the cannon.

Asteroids Attack game features: - 3 playing levels to play - when signed in, your "game end" score is considered for posting to Leader-boards - Great graphics and sound effects - Perfect for all ages