Hex Empire : Killing by Numbers in Chrome with OffiDocs

Hex Empire : Killing by Numbers in Chrome with OffiDocs 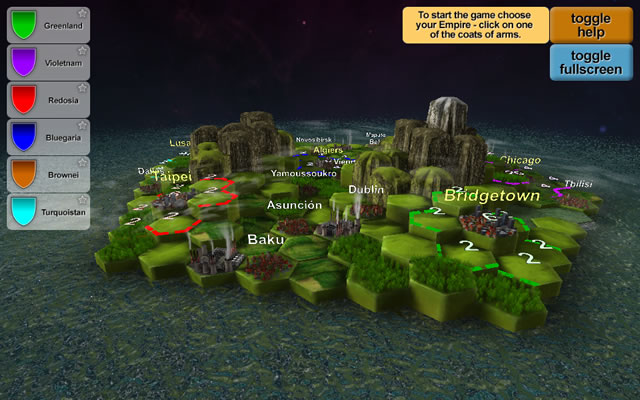 This game is actually a mere development snapshot of Hex Empire 3 packed into a crude shape of a mini-game.

It's not perfect but it's still meant to be fun! The game features simplified rules and only one small map for fast action.

Hex Empire 3 will have several different modes of game play, multiplayer and many maps of varying sizes.

Generally it will be a volcano of pleasure for strategy lovers.

There is one catch however, to make Hex Empire 3 a great game your help is needed.

(if you have no idea what the heck Hex Empire is, you may also give a try to Hex Empire 1) The game requires the Unity3D plugin, it will ask you to install it if you don't have it yet.

Don't worry, it's harmless and will allow you to play many other 3D web games!

- Offered by META SAUCE
- Average rating : 3 stars (it was okay)