The Last Of Us By RB Themes in Chrome with OffiDocs

The Last Of Us By RB Themes in Chrome with OffiDocs

The Last Of Us By RB Themes Chrome web store extension 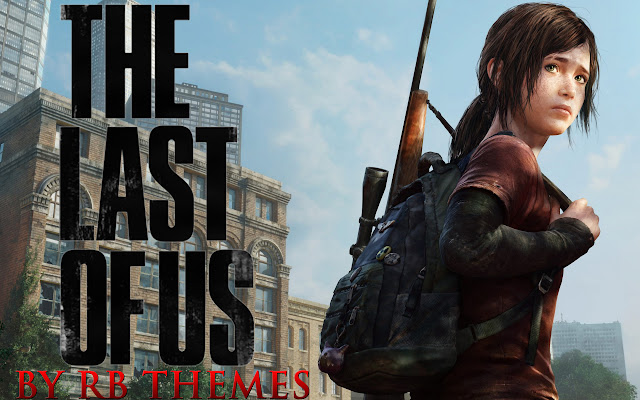 The Last of Us is a survival horror action-adventure game developed by Naughty Dog and published by Sony Computer Entertainment exclusively for the PlayStation 3. It was officially revealed on December 10, 2011 during the Spike TV Video Game Awards and released worldwide on June 14, 2013. It was released in Japan on June 20, 2013. The player takes control of Joel (voiced and motion captured by Troy Baker), who is trekking across a post-apocalyptic United States in 2033, in order to escort the young Ellie (voiced and motion captured by Ashley Johnson) to a friendly resistance group, the Fireflies, who believe Ellie may be the key to curing an infection that has ravaged the world.

The player defends the characters against zombie-like creatures infected by a mutated strain Cordyceps fungus, as well as hostile humans such as bandits and cannibals, employing the use of firearms and stealth aided by capabilities such as a visual representation of sound in order to listen for locations of enemies.

The player can also craft weapons or medical items by combining items scavenged in the world.

The Last of Us received critical acclaim, with reviewers praising multiple aspects, including its choice-enabling gameplay, realistic action, emotional depth in the plot, sound design, and environments.

Many publications gave the game perfect scores, hailing it as one of the significant titles of the seventh console generation.

The Last of Us scored the biggest video game launch of 2013 so far, selling over 1.3 million units in its first week.

As of July 2013, the game has sold 3.4 million units, making it the fastest-selling PlayStation 3 game after 3 weeks.